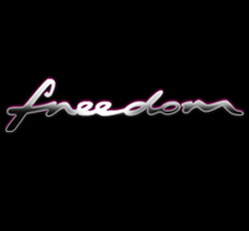 Freedom originally dates back to the 90’s, helping form the backbone of gay Soho,. Since then, it’s undergone a few renovations and now welcomes anyone and everyone into its mixed space… but still has an air of gay sensitivity behind it.

The bar is softly illuminated with a series of miniature chandeliers, with a plethora of disco balls hiding the ceiling from view. The shades of charcoal and pink work perfectly, with a nice selection of private booths and banquettes to offer a little respite from the clubby pop or light house inspired playlist.

While it’s open every night, Tuesday and Sunday features both cabaret and live music