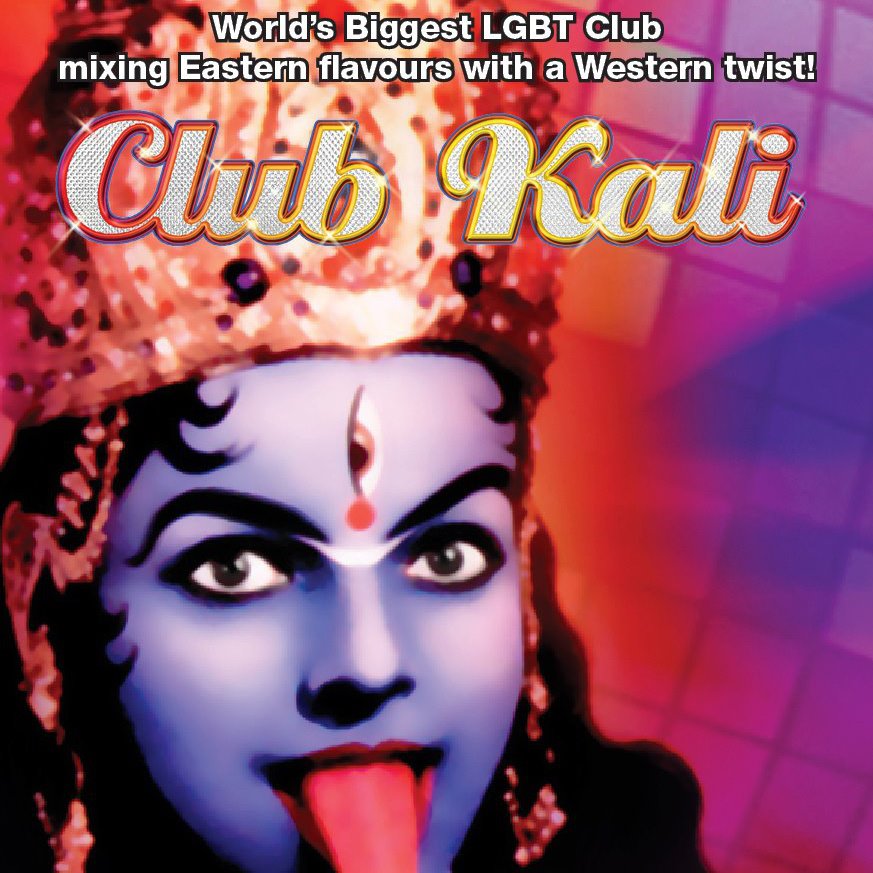 Club Kali (at the Dome)

Club Kali is all driven by the DJ’s, who seamlessly mix together Bollywood, Arabic and Bhangra music with western pop (Kylie, Madonna for example).

One of the biggest LGBT club mights in the whole of the UK, DJ Rita and DJ Ritu have an outlandish night of dancing, drag shows and live performance. There’s nothing tame about the shows – they are glamorous, often outrageous and always fun.

Club Kali is a monthly event, and welcomes both those who’re open ‘out’ and also those who’re still closeted.

A hint of what happens at the club is actually in the name itself, with ‘Kali’  translating as something like doing battle with and overcoming hatred and demons.