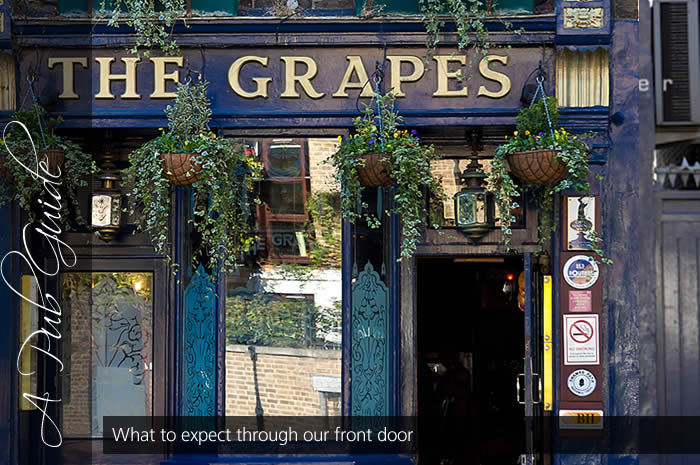 The Grapes has a lot of history and fame behind it, dating back in one form or another for nearly 500 years! It’s seen a number of new owners, but the most famous owner is its latest, the legendary Ian McKellen (the very same actor who played as Gandalf in Lord of the Rings, or Magneto in the Marvel movies) who’d taken over the company in 2011.

Originally, this small and pokey pub spot was occupied by various taverns (dating back until at least 1583), with even Charles Dicken’s frequenting the establishment and even making a reference to it in his novel Our Mutual Friend,

It’s not exclusively a gay pub (but is obviously very gay friendly), and is very olde world. the emphasis here is great ales and fantastic food, including home made Sunday roasts, fish and various pies. This is served upstairs in a room which features a terrace overlooking the River Thames.

There’s not any jukebox, no television to distract you – this is a rare and dying breed of traditional British Pub.