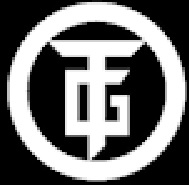 Torture Garden is the worlds largest Fetish and alternative night, and in London alone attracts 800 to 2600 people throughout the various venues. Torture Garden is now a world wide event, and hosts events in a plethora of other countries, including the United States and even Japan.

It’s very open and friendly to the LGBT community, but there’s typically a higher number of couples (or singles) from the straight community present at the events. This isn’t a quiet night, you’ll be enjoying various dance, drum ‘n’ base, electro and other types of music.

If you’re going, you need to ensure that you’re dressed to impress, the club embraces body art, goth, burlesque, rubber, latex and PVC – you get the picture. Be warned, that they’re pretty strict with their policy on outfits, so be be sure to read up on what is and what isn’t acceptable. TG also run their own clothing line too, which was established back in 2002.

Medical play rooms, fetish and dungeon – virtually everything you can imagine. In terms of performance, famous acts include Dita Von Tease, Empress Stah, Masuimi Max, The Divine david and Death in June.