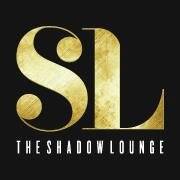 The mysteriously named ‘The shadow Lounge’ prides itself in being one of the founding members of the original Soho (its location) scene; but it’s far from being stuck in the past. In 2014 the Shadow Lounge underwent a major refurbishment which bought in a state of the art lighting display, surround sound system and all the other bells and whistles which allows it to compete with the top clubs in Europe.

You’ll benefit from a wide range of drinks to suit all tastes (which are delivered through a personalised table service) ensuring you feel right at home. If music is your thing, you’ll be a happy bunny indeed, as big named DJ’s inhabit the club Wednesday through to Saturday. Want more? Well, they also offer weekly international entertainment acts too, ensuring no matter what you’re looking for, The Shadow Lounge will suit your needs and tastes.