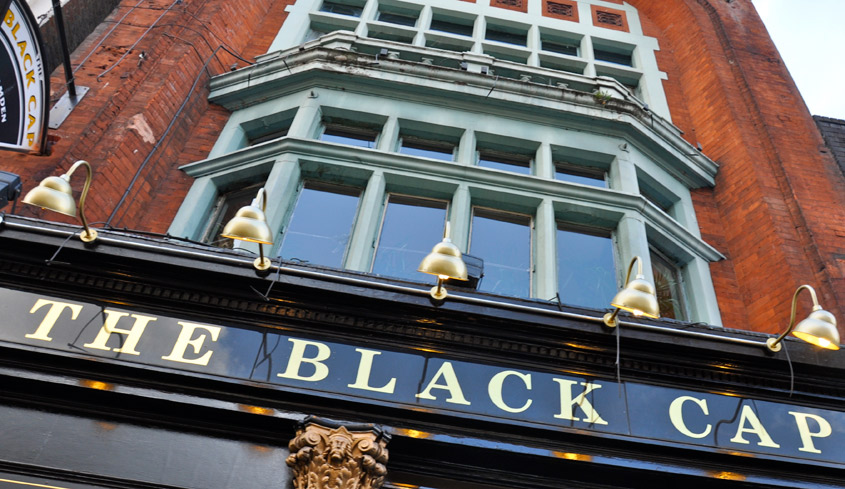 The Black Cap dates back as early 1751, but its homosexual clientele started to become the majority back in the mid 1960’s.

The pub is particularly well known for its drag cabaret, with a variety of different comedy and musical acts on at various times of the week.

There’s even a roof terrace too, should you wish to get a bit of fresh air. Below are the opening times so you don’t find yourself waiting outside the pubs doors.Monday – Tuesday 12pm – 12am